Opposite of bio, and much more fun. 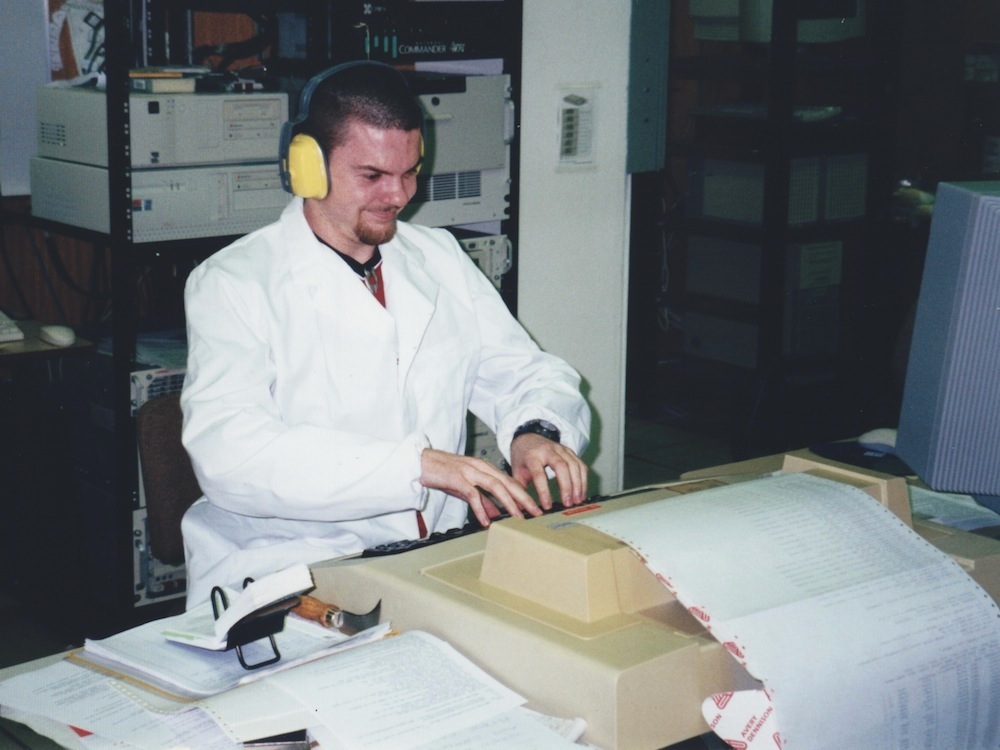 Brendan is the inventor of the special tools for computer system administrators. These include bottom (opposite of top), psss (process status with star-sign), and 3rot13 (you can probably guess). He also authored the ged text editor: A graphical version of ed (a line editor) that adds sorely-needed productivity features such as sound effects, color themes, and a splash screen.

He is known worldwide as shouting guy after discovering that yelling at rotational hard disks perturbs performance, earning him a mention in the children's science book Karl, The Universe and Everything, by Dr Karl Kruszelnicki (2017; page 86). This video also inspired the creation of a datacenter noise suppression company who use the video to win customers.

He can write code in many obsolete programming languages, including FORTRAN 77, Algol 60, logo, and GW-BASIC. He once developed and taught a programming class on embperl (Perl embedded in HTML). He authored the world's leading site on dtksh (the graphical Desktop Korn Shell), and for many years was the only person publishing dtksh code. He is also a contributor to the INTERCAL programming language, developing guess.i for the pit, and making commit #1 to its new location on gitlab.

He has expertise in other obsolete technologies. He became a well-known name in computing performance at Sun Microsystems, a tech giant that no longer exists, especially for the now-obsolete Solaris operating system. He also co-authored the Solaris Performance and Tools book and edited Solaris Internals 2nd Edition. His first full-time job was as a VAX VMS programmer and system administrator, where he became proficient at loading reel-to-reel data tapes and reloading the continual paper feed (aka "tractor feed") of teletypes. VAX VMS was already obsolete at the time he was using it.

He once showed up late to a technical training class for his own observability tools, one he was attending out of curiosity, but he wasn't recognized by the hapless instructor who tried to kick him out for missing (his own) content.

His recent work includes using eBPF to develop a theremin (musical instrument) and software to make electric keyboards noisy. He types on a dvorak-layout keyboard.

He may be the only person, ever, to have been struck in the head by a grouse at over 50 mph. Both parties survived.