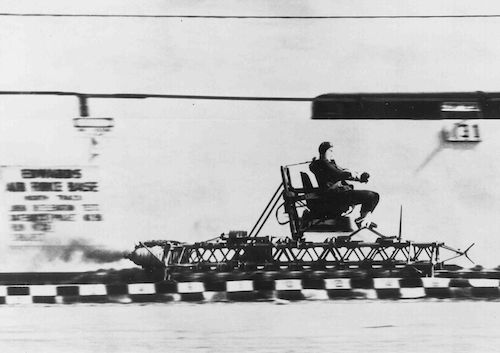 WHAT DOES IT MEAN?? Ubuntu Trusty was dropping packets in our cloud instance, and leaving us with the mysterious system message:

This led us to ride the rocket of advanced Linux kernel tracing...

In this post, I'll demonstrate some fairly unknown features (practically secrets) of Linux kernel tracing using perf_events, which is part of the Linux kernel source (tools/perf).

Mysterious system messages are better than no system messages, because we have something at least to search for. The message comes from the following function (this is Linux 3.13.6), which transmits a packet from a Xen guest (this is on AWS EC2):

Yes, goto drop, which bumps a counter and frees the packet. Client problem now! The client will, after a performance-problem-inducing timeout, retransmit the packet. Let's hope the retransmitted packet doesn't ride the rocket as well (... that could lead to exponential latency.)

We know the value of slots, since it's part of the system message (19). We know what MAX_SKB_FRAGS is from the kernel source: it's 16, and is related to limiting the number of fragments or pages that can be sent to a device ring buffer. We don't know offset, len, or the return of xennet_count_skb_frag_slots(skb).

I'm a little familiar with this codepath already, and have an idea of the real size of these skbs (eg, by using "perf-stat-hist net:net_dev_xmit len 10" from perf-tools; see the example), and what the offset might be. I'd like to check them directly here, but I'll start by instrumenting the return of xennet_count_skb_frag_slots() using perf_events:

... Really compiler, can't you inline someone else?

So this symbol doesn't exist. For most tracers, this is a dead end.

Having used a kernel dynamic tracer for a decade, I've developed all kinds of tricks and hacks to work around this: maybe there's a child of xennet_count_skb_frag_slots() function I can trace; maybe I can duplicate the logic from xennet_start_xmit(), where I can observe skb. I began trying such workarounds, but in this case it was becomming onerous. At this point I'd usually start considering editing the kernel and inserting instrumentation just to see this, which involves a compile, test, and deploy cycle.

But on Linux, with kernel debuginfo, I can go a lot further directly. Let's switch to the entry to that function, and use "-nv" to show what perf probe would have done without doing it:

Wow, so the beginning of this inlined function can indeed be instrumented, since Linux can trace kernel instructions (or line numbers). Note the offset "+88".

Lines inside this function (despite it being inlined) can also be traced. The perf report command will list candidates with -L:

Some local variables can also be inspected. Let's look at what is available at line 11:

The offset variable is missing, but I have others to work with, which is pretty useful. I can also include external symbols; add an "--externs" to the end of that one-liner for the list.

But don't you hate kernel debuginfo?

Yes, it's rainbows and ponies with kernel debuginfo, but it's also over 100 Mbytes. At Netflix, we create and destroy cloud instances frequently (auto-scaling and code deployments), and it's important to keep the instance size small to reduce creation time, and keep network traffic down.

I've come up with a simple workaround: create one small test instance with kernel debuginfo for each kernel version used, and use it for reference. Let's say I wanted to trace those local variables on line 11 of xennet_count_skb_frag_slots(). On my reference instance:

Now I copy-n-paste, with a mouse, the highlighted details for use in perf probe (or my kprobe from perf-tools, if it's a real function entry) on the system without debuginfo. Eg:

I began by showing that this system really doesn't have kernel debuginfo. The second try, with the register details from the reference system, worked. Note that this approach will only create a valid probe if the kernel versions are identical. If you try this on a different kernel, it may appear to work, but provide invalid results.

SystemTap can automate the use of reference systems, although when I tried I had issues with firewalling and port forwarding due to our environment. As for other ways: I met Masami Hiramatsu at LinuxCon North America, and he came up with a way to build a simple text database of functions and variables – stripping debuginfo down to just what I needed. I'll blog about that when I get a chance.

These reference systems are also useful for testing tracing invocations, before using them in production.

Great. The sizes are larger than the expected MTU, because of TCP send offload (TSO). Warning: any network packet tracing can cost significant overheads, especially for 10 GbE speeds and beyond, so be careful on the network path and look for other solutions first.

What about the rocket?

It's a driver bug with TSO. A very large skb can span too many pages (more than 16) to be put in the driver ring buffer. One workaround is "sudo ethtool -K eth0 tso off", for your interface. There's plenty of articles about this on the Internet, and they are easy to find thanks to our mysterious message. :-)

I don't always need Linux kernel line number tracing, but sometimes it is very handy. Local variables at given line numbers can also be inspected. This is useful for both performance analysis and debugging, such as the analysis of our "skb rides the rocket" issue.

As with all kernel tracing: be careful, as there have been panics and freezes in the past, and know what you are doing before use. For more about perf, see my perf_events page and the perf wiki.