Last month I gave an updated Linux Performance Tools talk for LinuxCon Europe 2014 in Düsseldorf. This included static performance tuning, as well as other updates. My performance observability tools diagram now has rdmsr(1), after my post on The MSRs of EC2, where I discovered that MSRs could be useful: 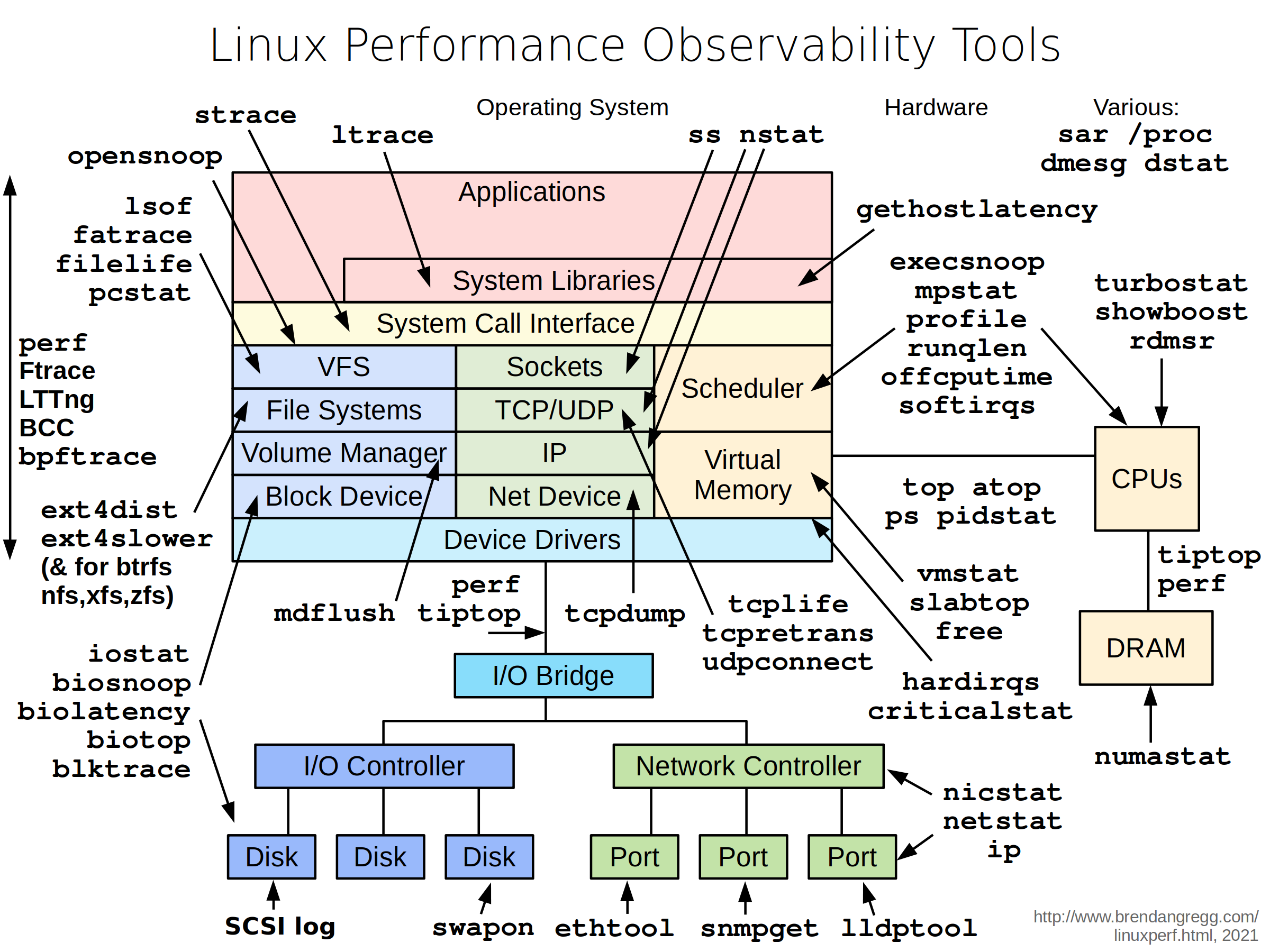 I keep this diagram updated on linuxperf. The slides from my talk are on slideshare:

As I didn't see an official video camera in the room, I had my friends at EfficiOS film it, who also filmed the Tracing Summit. This is on youtube:

The main objective of my talk was to give you exposure to what exists in the field of Linux performance tools – to turn unknown unknowns into known unknowns. 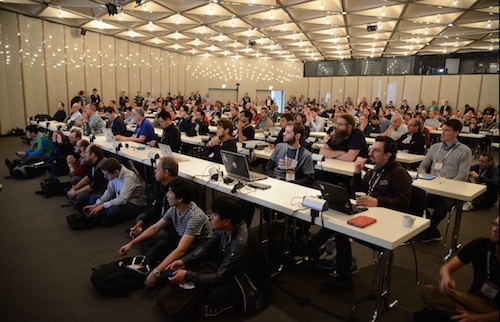 In my earlier LinuxCon North America talk, I had three main collections of performance tools, with a diagram for each: for observability, benchmarking, and tuning tools. For this LinuxCon Europe talk, I introduced a fourth main category: static performance tuning tools.

I learned about static performance tuning from a paper by Richard Elling in 2000: the idea is to check the static configured state of the system, without load, to look for a class of issues not found by other tools. This includes things like checking how full the filesystems are, the routing table, and network interface auto-negotiation. I feel the addition of this group of tools makes this talk complete: I'm summarizing all the main tools in one short talk.

At LinuxCon Europe I also saw a great talk by Ben Maurer on Scaling Userspace @ Facebook (slides), where he discussed some serious systems performance analysis on Linux that they have been doing. It's impressive, interesting, and deep work. Sadly I didn't see a video camera to capture it.

Steven Rostedt from Red Hat gave a stunning talk on Ftrace Kernel Hooks: More than just tracing (slides). This might be the most technical talk I've ever seen! I found it particularly interesting as I've been doing a lot with ftrace, an undiscovered gem of Linux, including using it for my perf-tools collection. I heard this talk was videoed, although I haven't seen the video yet.

I also saw Rikki Endsley, also now at Red Hat, give a talk on Confessions of a Reluctant Tweeter: Social Media for Open Source Communities. Rikki has contributed much to our industry, and it's interesting to hear her expertise on open source marketing in general. I had spoken about marketing earlier in the week at the Tracing Summit, where Linux technologies like ftrace could really benefit from more exposure.

Thanks to those who attended my talk, and the Linux Foundation for organizing another great event!