BPF-optimized profiling arrived in Linux 4.9-rc1 (patchset), allowing the kernel to profile via timed sampling and summarize stack traces. Here's how I explained it recently in a talk alongside other prior perf methods for CPU flame graph generation: 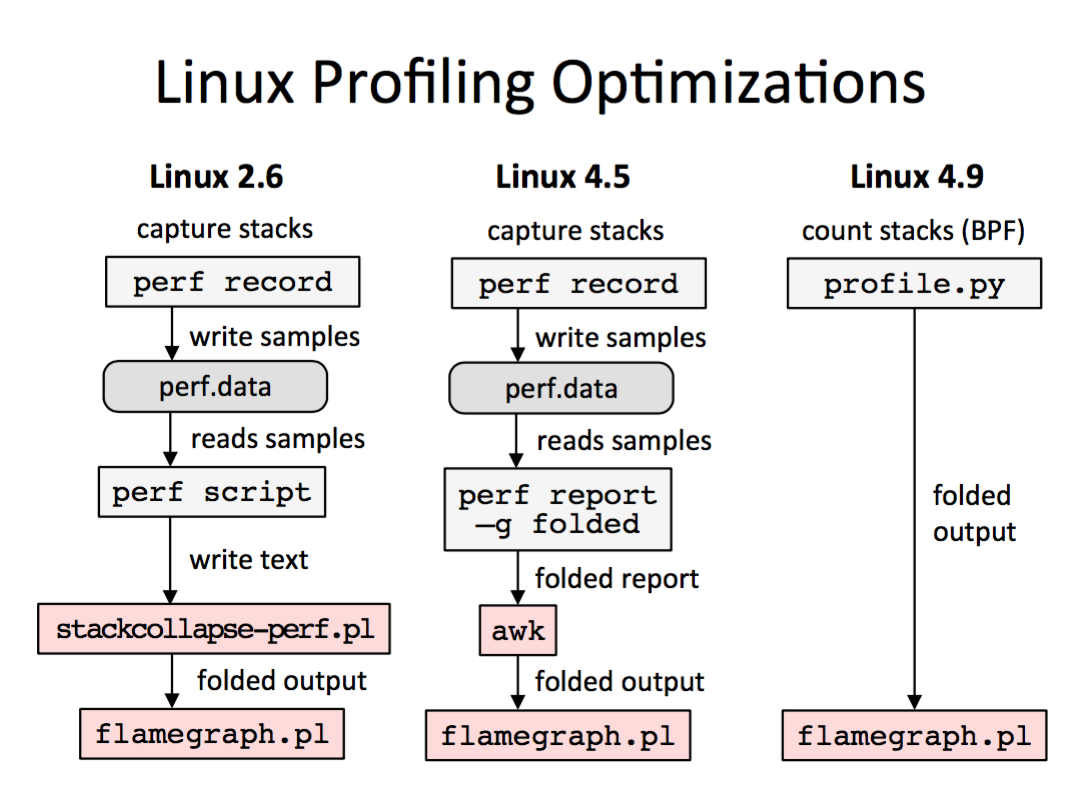 Linux 4.9 skips needing the perf.data file entirely, and its associated overheads. I wrote about this as a missing BPF feature in March. It is now done.

I developed profile.py for bcc tools as a BPF profiler (see example output), which uses this new Linux 4.9 support. Here's a truncated screenshot:

The output are stack traces, process details, and a single number: the number of times this stack trace was sampled. The entire stack trace is used as a key in an in-kernel hash, so that only the summary is emitted to user space.

You can use my profile tool to output folded format directly, for flame graph generation. Here I'm also including -d, for stack delimiters, which the flame graph software will color grey:

This can be read directly by flamegraph.pl -- it doesn't need stackcollapse-perf.pl (as pictured in the slide).

Here's the USAGE message for profile, which shows other capabilities:

I have an older version of this tool in the bcc tools/old directory, which works on Linux 4.6 to 4.8 using an old kprobe trick, although one that had caveats.

We could have developed BPF profiling sooner, but since the 2.6 style of profiling was somewhat sufficient, BPF effort has been on other higher priority areas. But now that BPF profiling has arrived, it means more than just saving CPU (and disk I/O) resources: imagine real-time flame graphs!