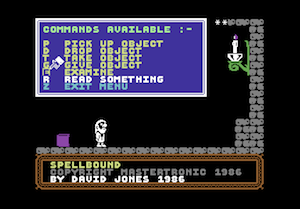 The following are my top ten favourite games in no particular order, with comments.

Released in 2005 for the PlayStation 2, this car racing game is my all time favourite. It is approachable for beginners and challenging for experts, and has endless things to try and do, keeping it fun to play. I'd hate to know how many hours I've actually played this game, but after all of that I've yet to finish it (never reaching 100% completion), and I still want to keep playing. I have a few spare copies as a backup - not just of the game disk - but of the PlayStation 2 console as well, so that I can keep playing it for years to come (and one day - actually complete the thing!)

Specific features that make it great include the wide variety of cars to drive, car upgrades that can be purchased and applied, and then settings which can be fine tuned for performance (eg, setting the gear ratios). It has a World map: which not only puts locations at the geographically expected place, but also helps convey the size of the game. Another great feature is the used car shops, which allow the player to find and race ordinary (and 2nd hand) cars that they themselves may have driven - helping the player relate to the game, and to see what a difference it is to drive the more powerful race cars. I especially like finding vintage cars - including the Mercedes-Benz Benz Patent Motor Wagen from 1886 - to see how they drive. (As an aside, I'd love a version of Gran Turismo 4 that was vintage cars only: from 1886 - 1930.) It is also fun to buy old cars and then upgrade them to win vs modern race cars.

Surprisingly, Gran Turismo 5 for PlayStation 3 has dropped some of the features that I thought made 4 so great: the World map is gone, dealer races are gone, and there seem to be fewer 2nd hand cars available. I hope Gran Turismo 6 goes back to the Gran Turismo 4 model and improves upon that.

While this belongs in my top ten, it is here for its multiplayer mode only. Released in 1997 for Nintendo 64, it is a game that I'm still playing with friends 15 years later, and has prompted (more than one) visit to flea markets to buy more copies of the game, console and controllers.

It's about the gameplay. Up to four players pick from eight characters and race around tracks, while picking up items/weapons to use. There are a few features that come together to make multiplayer work so well: 1) the number of tracks, items, and characters strike a good balance: it's enough to provide interesting variety, while not being too many for multiplayer - allowing beginners to learn the game quickly. 2) it's easy to pickup for beginners, but still challenging to get really, really good at it (I'm still working on my power slides). 3) the in game items are issued using an algorithm which picks better items for the players coming last, so that if you are coming last the game is still exciting - you could get a good weapon and win the game; and if you are coming first it's exciting for another reason - you are trying to get enough of a lead that any good weapons from the back don't take you out.

I'd like to know how this game was developed and tested; I picture weeks of constant multi-player sessions where all the bugs were ironed out, and details fine tuned.

I should update this properly and explain why. In short, you had many options as a pilot: choosing how to tackle primary and secondary objectives, scanning for targets, adjusting shields and cannon power, as well as training levels, mission patches, and great contextual in-game music that adds to the atmosphere. I just played the Rogue One mission for PS4 VR, and while it's very encouraging, I wish the EA developers would take a few days off work and play the original Tie Fighter. Having less scripted advanced missions (ie, no narration or guidance, other than primary and secondary objectives), would make player think more and feel more in control and immersed in the game. We also need an option for roll, not just yaw, at least...

Elite 3 was an open ended starship simulator, released in 1995 for PC. The graphics quality was stunning for the time, with seamless vision from high orbit down to a planet's surface. You could engage in trade, military combat, piracy, exploration. It was freedom, and I've seen few games, including those designed as open ended, reach this kind of limitless gameplay. The entire milky way could be explored, consisting of millions of star systems and individual planetary systems. The Elite series, by David Braben, pioneered procedural generation in video games, and by Elite 3 was using it for planetary terrain and texture generation, as well as for star and planetary systems. Elite 3 also included several newspapers chains that could be read in game, to learn about wars, civilisations, and other events that you could participate in. It had compelling background music (MIDI-based) that changed based on the game context, with some classical scores and new works by a group called the "Quality Quartet", some or all of which appear to have been comissioned for the game.

What prevented this game from greater success was its premature release - the first release was riddled with bugs (eg, autopilot would sometimes try to fly the spacecraft through planets), and by the time these could be fixed the damage had been done by poor reviews. The sometimes awkward gameplay during combat (which may have been improved if it wasn't premature), probably didn't help either. Since Elite 3 was released, I've been waiting for Elite 4. I'm still waiting. (In moments of impatience I've visited the Frontier jobs page and wondered if I should apply for a job in the UK to help them make the thing.) In the meantime, various fans have reworked Elite 3 to work on a variety of newer systems, including Linux.

I haven't seen a similar game anywhere near as good as Elite 3 since its release. I was impressed by "Galaxy on Fire 2", the mobile game by FISHLABS, which is certainly influenced heavily by the Elite series. However, I finished Galaxy on Fire 2 in less than a month of casual playing. I've played Elite 3 for years and there is no end in sight (I've yet to even begin the Thargoid Missions).

David Braben was questioned at the 2011 GDC if Elite 4 was still going to be made, and said: "yes, it would be a tragedy for it not to be.".

UPDATE: Yes, Elite 4 is finally coming out, and I donated to the kickstarter. Can't wait. :-)

Doom was released in December 1993 for PC, and was a huge leap for 3D gaming. Doom had features not really seen before in 3D gaming: angeled walls and floors, lighting effects, and head bob (prompting a "wow" moment for those who first played it). It also had great textures, artwork, music, and importantly, great gameplay. The levels were small, fast and imaginative. I've yet to see another first person shooter with level design this good. The heavy metal music suited the game play, and added to the atmosphere of a fast-paced shooter. The multiplayer mode was a first, and with the tight levels the original Doom deathmatch was very fun. id Software's sense of humor creeps in, adding some comic relief. In all dimensions, it's one of the greatest games made.

In 1994 I (and many others) wrote Doom "mods". These were able to add new levels and replace wall images and character sprites. My most popular was a Dr Who mod called "WhoDoom", where I created some pretty good looking daleks (in povray) and cybermen. This mod made it to the Internet, but has since vanished (screenshots 1, 2). I later heard that it was included and sold on a CDROM of Doom mods, making it the first software (it included some scripts) I've written that was sold, albeit in a collection with many others.

I still play Doom occasionally. I buy it for every new gaming system I get, if its available. (I most recently got the phone version).

The father of all first person shooters, when a friend first described Wolfenstein 3d to me it sounded hard to believe. It didn't disappoint.

When Wolf 3d was released in May 1992, most 3D graphics in games were wireframe models. A few flight simulators had primitive colours, and that was all. Wolfenstien 3d was a full colour, fast paced, 3d shooter from the first person - not only the first done properly, but done very well. Gameplay was great, the artwork was done nicely, and it was a lot of fun (and still is).

Zangband is one of many variants of text based dungeon games, others include Angband, Nethack, Moria and Rogue. Your player is the "@" symbol, and you run through dungeons killing orcs "o", dragons "d", etc. You have stats such as strength, dexterity, constitution, and can go up levels by gaining experience (it's based on role playing games). The game itself is massive, with dozens of levels and landscape to explore, and hundreds of enemies, weapons, equipment and artifacts. This serves as an example that a great game is not just about graphics - it is more about gameplay. Zangband first appeared in 1994, new versions have been released since then. The origin of these games is Rouge, by Michael Toy, Glenn Wichman and Ken Arnold in 1980.

Spellbound was an unusual game released for the Commodore 64 in 1985. It was part of a unique series which were were a mix between a platform game and a role playing game. When the fire button was pressed, a menu would appear of actions to perform, such as pick up an object, read an object, talk to someone, cast a spell, etc. It was a strange but effective switch between the real-time action of a platformer, and the turn-based decision making of a role playing game. The aim of the game was to free Gimbal the Wizard by interacting with the other characters in the game and solving many puzzles. The game really made you think, and it wasn't until a few years after buying the game did I finish it. Its recognizable in-game music, written by Rob Hubbard for the C64's SID6581 sound chip, adds to the experience.

Apart from the top 10 already listed, include:

PlayStation 2: too many; I'll try to make a list when I have a chance.